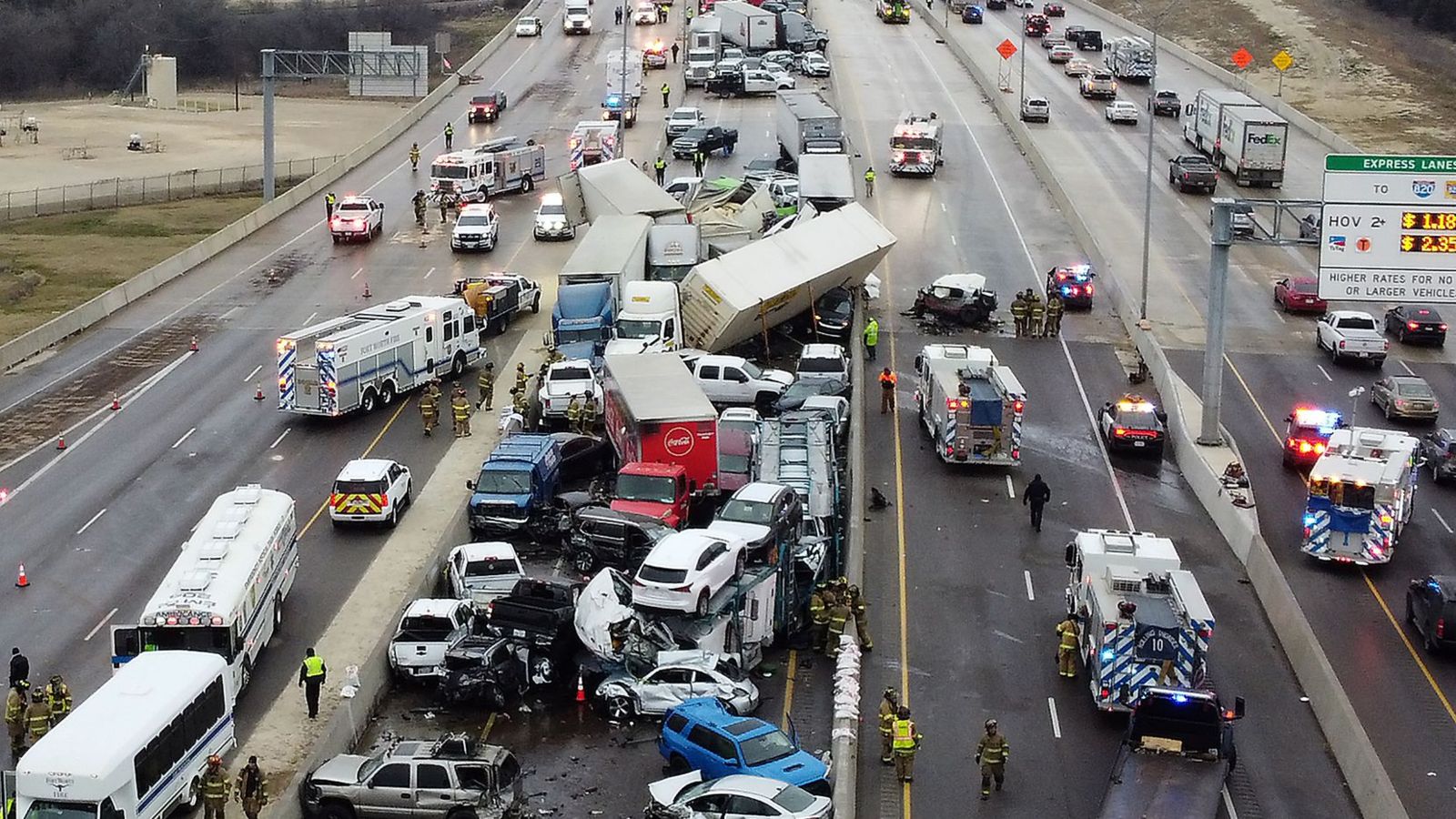 The truth is there are probably multiple factors that led to this historically deadly crash. The exact causes will not be known until after adequate investigation which will likely take months at a minimum. But having dealt with similar crashes in the past, below are some of the causes that likely played a role.

Driving in Icy conditions is always dangerous, and that was on full display yesterday during the tragic 133 car pile-up in Fort Worth that caused the death of six and an untold number of injuries. At least 65 people reported to hospitals with injuries from this pile-up with many more likely to require treatment.

As would be expected, many are wondering who is to blame for this catastrophic crash and how those injured will recover for all that has been taken because of this senseless wreck?  Many have questioned whether the roads were de-iced properly or whether they were salted or sanded at all. Multiple state representatives questioned whether enough was done by North Tarrant Express Mobility partners which oversaw the section of highway where this crash occurred. North Tarrant Express Mobility Partners is reportedly a private company that represents a consortium of companies including Cintra US, North Tarrant Infrastructure, LLC, and Meridian Infrastructure.

If this private entity was, in fact, controlling this stretch of highway, it could potentially be liable if it failed to act reasonably in response to the known dangerous weather that was moving in. Another important examination would be whether there was any type of highway design that contributed to the deadly nature of this pile-up.

But one thing that seems to have been overlooked in this horrendous crash is the responsibility of the professional commercial motor vehicle operators that were on that road and plowed into and destroyed numerous smaller vehicles driven by regular citizens.

Drivers of big rigs, if they are properly trained by their employers, should be well-versed on the dangers of driving in dangerously icy conditions and specifically how they should respond. In fact, the regulations deal specifically with this section in §392.14 which states:

Unfortunately, it appears from video of the crash that has already been widely circulated that some of the eighteen-wheeler drivers involved in this pile-up may not have followed this instruction—and it likely caused death and severe injury.

On its website, the federal motor carrier safety administration provides even more detailed advice, stating that large truck drivers should reduce their “speed by 1/3 on wet roads and by 1/2 or more on snow packed roads (i.e., if you would normally be traveling at a speed of 60 mph on dry pavement, then on a wet road you should reduce your speed to 40 mph, and on a snow-packed road you should reduce your speed to 30 mph).” The FMCSA website goes on to note that “When you come upon slick, icy roads you should drive slowly and cautiously and pull off the road if you can no longer safely control the vehicle.”

Unfortunately, many times, unscrupulous trucking companies will push their drivers to keep driving—putting profits over their own employees and all of us driving on Texas roads. These drivers and their companies should be held responsible for their role in any mayhem, destruction, and tragedy that they cause. If you or someone you know has been injured or killed in this catastrophic crash or any other collision, give us a call for a free strategy session where we can help you navigate this complex and difficult time. We are always happy to answer any questions that we can. You can call or text us at (469) 466-2600.

And more importantly—In the next week, the national weather service notes that “travel will become nearly impossible and could become life-threatening.” Please stay home as it is not worth the risk and businesses should not push their employees to drive for their job. Keep this horrible tragedy in mind and please stay off the roads unless absolutely necessary as we brace for more extreme and dangerous weather.