Our Farmer's Branch, Carrollton, and Dallas-Fort Worth Car Accident Attorneys Fight for the Rights of Injured Victims 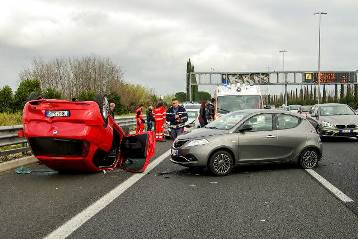 Our car accident attorneys help victims in the Farmer's Branch, Carrollton, and Dallas-Fort Worth areas get the settlements they deserve.

The World Health Organization designated the years from 2011 to 2020 the Decade of Action for Road Safety, aimed at preventing traffic deaths and injuries projected to take the lives of 1.9 million people around the world annually by 2020.

A good Farmer's Branch / Carrollton / Dallas-Fort Worth car accident attorney is experienced with all types of motor vehicle crashes and has worked with clients that have been faced with catastrophic injuries including:

Most of these crashes could have been prevented. Driver negligence is a common cause of preventable traffic crash deaths and injuries, along with defects in the manufacture or design of cars or their components and various road hazards.

In Texas, we need our cars to maintain our mobility, freedom, and lifestyle. Having a car is more than a convenience for many Texans; it is a necessity. But driving on Texas highways can be risky, both in congested cities like Dallas and Fort Worth and in rural areas with limited lighting. You may be the most careful driver in Texas, but still be injured because of someone else’s bad driving. Car crashes take a huge toll on human life, and cause immeasurable human suffering—both emotional and economic—to families who have lost someone they love or whose breadwinner has been injured or killed. Accidents are frequently caused by driver negligence, when another driver loses focus due to a distraction, disregards traffic laws, or engages in some dangerous form of driving behavior. If driver negligence could be eliminated, countless injuries and fatalities might be prevented.

One way to deter negligent driving behavior and other forms of liability for injuries on a Texas road is to hold everyone who causes an injury or death on the road accountable to the victim and his or her family. If you or a member of your family suffered an injury or death in a highway crash because of another’s wrongdoing, consult with a Dallas-Fort Worth personal injury lawyer. You may be able to recover financial compensation for your monetary and personal damages and at the same time help to deter the kinds of behavior that caused your loss so it is less likely to happen to someone else in the future.

Distracted Driving Crashes in Dallas-Fort Worth

Texans are always be on the run, and with so much to do and so little time to do it, many are in the habit of multitasking. While multitasking may work at the office, it can be deadly on the highways. A person driving a car should only be driving the car with attention fully focused on the road and those sharing it. Performing other activities while behind the wheel is distracted driving, and is a recipe for disaster on the road. Distracted driving is among the leading causes of car crashes in Texas and the nation.

Distracted driving includes various activities that cause the driver to look away from the road: at the top of the list of the most dangerous distractions is texting or emailing, followed by talking on a cell phone, rubbernecking, changing the station or volume on the radio, eating or drinking, personal grooming, setting the GPS, reading, disciplining children, handling pets, retrieving fallen objects, and talking with passengers.

Using a hand-held electronic device increases the likelihood of getting into a car crash by four times. Texting increases the probability of a crash by a 23 times. A driver who is distracted may drift into the path of a car coming from the opposite direction, may neglect to signal or check blind spots when changing lanes, turn the wrong way onto a one way street, enter a highway ramp going in the wrong direction, ignore a traffic signal, or fail to notice a bicyclist or pedestrian on the road or shoulder. Even a few seconds of diverting one’s attention from the road at a high speed can cause a serious collision.

Driving far above the speed limit increases the likelihood of losing control of the car, and it also increases the energy of the impact when the car crashes, making death or catastrophic injuries more likely. Speeding contributes to one of every three highway crashes. High speed driving is often aggressive driving. Aggressive drivers may weave in and out of traffic, cutting others off or zooming up on other vehicles from the rear and tailgating in their impatience. They may engage in angry and rude behavior, using obscene gestures and yelling profanities, failing to signal, and staying more focused on their road rage than road safety. Excessively fast driving, and aggressive driving is reckless, and when it causes an crash and someone is hurt or killed, the at-fault driver may be liable to the victim for damages sustained in the accident.

According to figures from the Texas Department of Transportation, alcohol and drug use—including recreational, prescription, and over-the-counter medications—are incompatible with driving and cause untold suffering to victims of the many serious crashes caused by drunk or impaired drivers. In 2017, drunk driving crashes killed 1,024 people in Texas, and injured more than 10,000 people.

Various dangerous conditions on the road can cause crashes. These may be the fault of a construction company doing work on the road, the government agency responsible for road maintenance, a truck that has dropped cargo or has left tire treads on the pavement after a blowout. Examples include the following:

As a crash victim, you’re entitled to make a claim for compensation for your injuries against the person who caused the hazardous road condition or failed to either repair it or post warnings. But road hazard cases are especially difficult, because they often involve complex issues, including government immunity, causation, and civil engineering. You should discuss your case with a Dallas-Fort Worth car crash attorney who has considerable experience in handling dangerous road condition cases.

When you’ve just been in a car accident, you may feel shaken and confused, so it may take a couple of minutes to get your bearings. If you’re able to stand and move around, there are steps you can take to ensure that you are able to recover compensation for any injuries or damages you may have incurred. But first, consider your safety and that of those around you.

Why Avoid an Insurance Adjuster?

Insurance companies have a contract with consumers; you pay your bill and when you need to file a claim, you expect them to honor your claim. However, insurance companies also have contracts with shareholders of their company and their interests are much different from yours; they are interested in maximizing profits. Insurance companies often try to get injured people to make mistakes when they are questioning them about the crash.

What may seem like an innocent question could be used later to deny your claim. For example, if an insurance adjuster asks “how are you doing?” and you simply answer “fine” believing they are just passing the time of day, they could use that one-word statement against you if you file a claim for injuries. While you pay premiums in good faith expecting to be treated fairly when you file claim, an insurance adjuster's primary role is to find ways to minimize the amount the insurer is required to pay.

Why Hire an Experienced Car Accident Attorney to Represent You?

Research has shown that crash victims who are represented by a skilled car accident lawyers typically walk away with significantly more money in their pockets that those who attempt to negotiate their own settlement with the insurance company after a car wreck. To ensure that you get a recovery that is enough to compensate you for all of your economic and non-economic damages, it's important that you call a trusted Farmer's Branch / Carrollton / Dallas-Fort Worth car accident attorney for an appointment today. There is never a charge for this consultation, and car wreck cases are handled on contingency. You don’t pay unless we win your case.

Samples Ames PLLC is American Bar Association, Texas Trial Lawyers Association and Dallas Bar Association affiliated to name a few, and has the skills and experience to deal with an insurance company who is trying to minimize the amount they are expecting to pay. We also are willing to go after other drivers who may have been responsible for your injuries after a car crash. If you contact us today at (817) 605-1505 or (469) 466-2600, we will be happy to review your case and determine the best way to proceed to ensure you get the compensation you deserve for your injuries. Since we charge no fee unless we are successful in obtaining an award for you, you have nothing to lose.