When preparing for a trial, the last thing 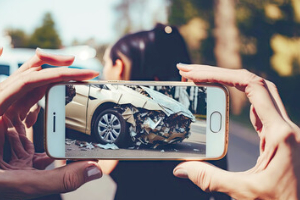 you want is uncertainty about whether a judge will allow the jury to hear or see certain evidence. That is why video evidence can be so
powerful. If the jury sees it, they are likely to believe that whatever happened really did happen.

It's hard to prove what someone knew in the past, or when they knew it. Today, video evidence can help. It can show an actual thing, or it can show a witness describing or reenacting an event. It can even show a witness video-recording, and later testifying about what was in the recording.

But think about evidence of what was not seen on video. This is where the law gets vague. There are exceptions to the hearsay rule that allow out-of-court statements into evidence if they are found believable by a jury. For example, an adult witness can testify that a child's statement that he touched me sounded scared or traumatized when it was made; and then explain why she believes that now, even though she wasn't there when the touching happened. But would permit such testimony to violate a defendant’s constitutional rights? Can a judge let in evidence about something that’s not seen or heard on the video, but only described by someone else?

Will My Video Evidence be Allowed in Texas Court? 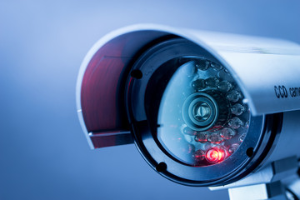 But just because you have video evidence doesn't mean that a judge will allow it into evidence—or admit any related testimony. The defendant's attorney may argue this evidence should be excluded because it is hearsay; or unreliable, or violates the defendant's constitutional rights, or is more prejudicial than probative.

The good news for victims is that many judges are comfortable letting juries see video evidence. The bad news is that, with so much video being captured these days, there are more opportunities for defendants to argue that the video shouldn't be admissible. It pays to understand why evidence can get excluded and they understand how to avoid that exclusion.

Preparing For a Personal Injury Trial

I’ll start with some basics. The rules of evidence the word “testimonial” to describe out-of-court statements offered as proof of what happened. Videos can qualify —and even if they capture audio and video together, which is called “dual-purpose” videotaping. There is an exception to the hearsay rule for “present sense impression.” This allows a witness to testify about what was seen or heard on video if the person who saw it is testifying and thus subject to cross-examination.

For example, a doctor can testify that she reviewed medical records after interviewing her patient and that the records included a written statement by the patient saying “he touched me.” But what if the witness who viewed the video isn’t testifying? What if someone else testified about what was on it?

For example, imagine that a 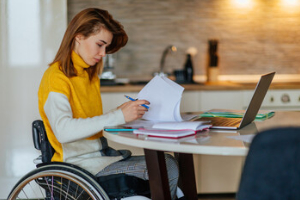 police officer reviewed a videotape of an assault before writing up her report—and later testified about what she saw. She could not testify that the victim of the assault said “he touched me” on the tape because this would be double-hearsay: a statement made by someone who was there, offered as proof of what was seen on video.

Sometimes, however, judges will allow testimony from someone who has watched the video but is not the person who made the statement in it. This would be permitted when “narrative” testimony, or oral reenactment, is used to show what happened in the video. For example, if a bystander filmed an assault on her phone and was asked to recount what she saw, she could testify about the statement.

There is yet another exception for “recorded recollection” testimony. This allows a witness to offer her own words describing what she saw or heard on the video, instead of just relying on someone else’s written or oral description.

For example, a person can testify that a defendant “punched the victim in the face two times” based on what the person saw on a video—even if that was not what was said on the video’s audio soundtrack. But there are limits here, and defendants often challenge these rulings. Hire a law firm with a board-certified lawyer who knows the rules. When selecting a lawyer to represent you, it’s important that the lawyer thoroughly understand the rules that apply.

Texas lawyers who are board-certified in a specialization area must not only have a thorough set of trial experience but must pass a comprehensive test that involves applying the rules to various case situations. When selecting a lawyer, selecting a board-certified lawyer is a good place to start.