Did you know that shootings and other violent crimes occur regularly in strip clubs? A study by the University of Texas found there is an average of one shooting per week in U.S. strip clubs. This places customers and employees at risk for serious injury or even death. If you have been injured in a strip club shooting, speak with an experienced personal injury lawyer soon. You may be entitled to money damages for your injuries.

Strip clubs attract high-profile clientele, which can make these venues easy targets for robbery. Strip club owners know the risks associated with operating a business in certain locations, but many go ahead with opening their clubs anyway. Strict security measures are often put in place to protect the customers and employees from violence, but these measures do not always work. Deadly shootings have occurred at various strip clubs throughout America.

In one example from September 2015, a man robbed a Tampa FL strip club and then shot three people before fleeing the scene. One victim later died because of her injuries. In another case, a strip club patron was shot and killed in front of dozens of witnesses during a fight over an unpaid bill.

Besides the risk of violence against customers, employees at strip clubs are also often in danger. For example, in 2010 a bouncer was 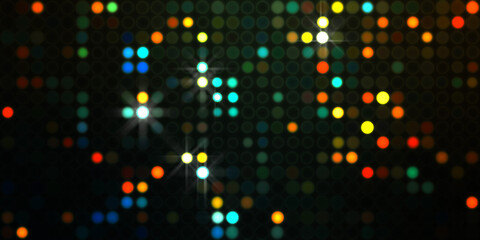 shot at Tommy's Sports Bar & Grill in Oklahoma City. The victim was identified as 43-year-old Michael Brooks Brown. Police were called when they received several reports that shots had been fired outside of the strip club. Officers found the body lying in the parking lot with multiple gunshot wounds. Although there were no eyewitnesses to the crime, police believe it began inside of the club and turned violent after taking place near the exit door.

In 2009 a dancer was shot and killed at the Penthouse Club in New Orleans. The woman had just finished her routine when shots were fired from the back of the club. A person inside the club dove for cover while others ran out to get help. Police arrived quickly on the scene, but it took some time before they could locate the shooter. Two years later, another fatal shooting occurred at a different New Orleans strip club called Temptations Review. An assailant opened fire during an altercation between two men that happened near the dance floor. After several bystanders were injured by gunfire, police arrested one man outside of the club while another escaped on foot after he jumped into a passing vehicle.
According to the University of Texas study mentioned above, 1 in 10 incidents involving physical violence at U.S. strip clubs resulted in injury or death.
Strip Club Lawsuits

Individuals who are injured or lose a loved one in these incidents may file lawsuits against the business owner. Victims may file negligence claims when businesses fail to take certain steps that would have reduced the likelihood of an injury taking place. If you can prove that the strip club was negligent, then you may have money damages.
Have You Been Injured in a Strip Club Shooting?
If you or someone you love has been injured at a strip club due to criminal activity, please contact Samples Ames today. Our experienced personal injury attorneys are dedicated to representing individuals who have suffered due to the negligence of others, and we work on a contingency fee basis. This means that our services will be provided without an upfront payment or retainer fee.