We Fight for Victims of Child Sexual Abuse in Texas 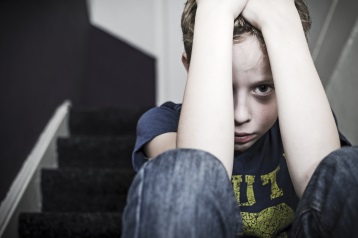 There is little in this world that offends people more than the sexual molestation of a child. Exploiting the innocence of a vulnerable minor is a heinous crime, and as such should be punished with as much time in prison as the law allows. But what about the victim? Prison time may prevent the sexual offender from violating more children, but it does little to help the innocent victim. Childhood sexual abuse often has a profound effect on a victim’s ability to function as an adult, especially in regard to sexual relationships, but also in a more general way because of anxiety, depression, PTSD, and the inability to trust others. Call our Dallas-Fort Worth child abuse attorneys immediately if you know a victim.

Unfortunately, these cases are hard to prove in the criminal justice system. The child victim is often intimidated into remaining silent, and as time passes, evidence disappears. Or it may one child’s word against the word of a seemingly credible adult abuser. Those who victimize children are often respected members of the community who work with children as a means of gaining access to them. They are often personable, even charming, and may appear to genuinely care for children. That’s how they entice their victims. And many victims repress the painful memory of the abuse, only to recall it much later when psychological or sexual problems begin to surface in adulthood.

A criminal conviction requires “proof beyond a reasonable doubt,” a high standard that may be especially difficult to meet for a crime that occurred behind closed doors.

There is a possibility for a victim to recover financial compensation in the civil court system that will allow him or her to pay for the therapeutic services needed to live a full life after a childhood of sexual abuse. This can add a more meaningful form of justice for the victim whose molester is in prison, or it can give recourse to a victim who can’t meet the difficult, “beyond a reasonable doubt,” standard of proof for a criminal conviction but who has enough evidence to meet the civil standard, “a preponderance of the evidence.”

Child molestation cases can be extremely difficult. The actual abuser may not be the only target of a civil lawsuit. Most molestation cases occur in schools, day cares, sports teams, churches, or youth programs, where the administrators or owners have a legal duty to protect the children in their care. When an institution, government, or business fails to protect the children they are charged to care for, and a child is sexually abused—especially if the abuse is discovered and concealed—that entity may be liable for the victim’s damages.

If a public school or government institution is involved, the case becomes even more complicated, because the government must quickly be put on notice of the claim.

Getting the Help You Need for Yourself or a Child

If you are a young adult who has just learned of your abuse during childhood, or if you are a parent of a child who has been sexually molested, the police should be informed, but it may be too late or too difficult to prove in criminal court. That is why you should hire a skilled Dallas-Fort Worth child injury lawyer, who will investigate a civil claim on your behalf to recover monetary damages.

The money claims you are entitled to pursue are similar to those in other personal injury legal actions. They include economic damages, which include the cost of any medical treatment and psychotherapy, along with non-economic damages, which include mental anguish, pain, physical and psychological suffering, and loss of the ability to form lasting relationships or to enjoy your life.

You may also be able to recover punitive damages. These are meant to punish the abuser or the company, school, or other institution that negligently allowed the abuse to occur, serving as a deterrent to this heinous criminal behavior in the future.