Wrong Way Drivers Must Be Held Accountable for the Death, Mayhem, and Tragedy they Cause

But is There Anyone Else that Should Be Accountable?

Once again, more people have died senselessly due to a wrong-way driver on the Dallas North Tollway. The crash occurred late on Saturday, July 18, 2020. The wrong way driver, identified as 37-year-old Michael Ramirez from Frisco, was killed as well as a 15-year-old-boy, David Boulos of Rockwall. Three others were taken to a trauma center for treatment. It is not known at this time whether alcohol or drug impairment played a role in this crash. A young boy had the rest of his life taken from him due to a totally preventable crash—a crash that never should have occurred.

Speak With an Attorney

Wrong-way driving crashes are some of the most 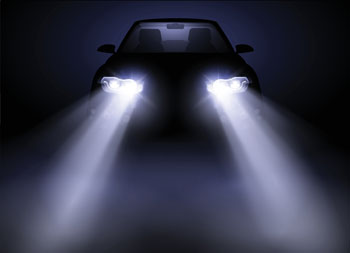 deadly types of crashes that occur on our highways because the forces in a head-on crash are so extreme. According to the Texas Transportation Institute, approximately fifty percent of wrong-way crashes result in a fatality or incapacitating injury. These crashes are economically burdensome as well, causing a serious impact on the Texas economy of approximately $21 million per year. Even more tragic is that these collisions are preventable, and the majority of these crashes involve a driver that is impaired from alcohol or drugs.

Samples Ames Will Hold The Driver Accountable and Protect Your Rights

Those who share any responsibility for allowing such needless death and pain to flourish must be held accountable so that these tragic and all too common wrong-way crashes can be reduced and other families can be spared this appalling tragedy. Part of what an experienced personal injury attorney will do is investigate everything that happened thoroughly and find out who contributed to letting a crash like this occur. Sometimes, it is not just the wrong-way driver that causes a senseless crash like this to occur.

DRUNK DRIVING IS A COMMON CAUSE OF WRONG-WAY DRIVING

As previously noted, many of these wrong-way crashes involve drunk driving. An experienced personal injury attorney will investigate the crash to determine if alcohol played a role—and if so—find out where did the drunk driver get access to alcohol. The State of Texas has what is referred to as a dram shop law. A dram shop law is not unique to Texas and allows Texans to hold alcohol-serving establishments liable for over-serving individuals who are obviously intoxicated.

The simple fact is that many of these wrong-way crashes involve drivers that are significantly over the legal limit, and never would have been able to reach that level of impairment if bars and restaurants had lived up to their responsibility of not serving obviously-intoxicated customers. The only way to make sure these establishments follow the law is to hold them accountable when they don’t. And especially when the drunk driver had little or no auto insurance—the ability of a family to recover from the bar or other alcohol-serving establishment that enabled their drunk driving can often be the only saving grace when they are on the brink of financial collapse due to injuries and death resulting from a drunk driving crash.

While less common, a competent attorney will also investigate what other contributing factors played a role in allowing such a horrific crash. It seems like much too often that we are hearing about another fatality on the Dallas North Tollway due to a wrong-way driver. In fact, the North Texas Tollway Authority (NTTA) has created a Wrong-Way Driver Task Force to help address the problem. This task force has taken various steps in order to try and reduce or eliminate wrong-way driving crashes on North Texas tollways—including creating “an automated wrong-way detection system using existing pavement sensors that alert Command Center staff of a possible wrong-way driver.” See https://www.ntta.org/newsresources/safeinfo/wrongway/Pages/default.aspx . A diligent personal injury trial lawyer will investigate whether this automated detection system detected the wrong-way driver that caused the crash in question and, if so, what if anything was done to try and stop the wrong-way driver.

Get The Texas Legal Representation You Deserve

The best way to reduce these senseless deaths and injuries is to hold all of those responsible for allowing it to happen. If you or someone you love has been impacted by one of these horrific wrong-way crashes, consider hiring a Dallas-Fort Worth personal injury attorney with Samples Ames PLLC. Contact us online or call (469) 466-2600 (Dallas) / (817) 605-1505 (Fort Worth) to schedule your free consultation right away. Remember — you don't pay unless we win!