DEVASTATION FROM A DRUNK DRIVER: What can you do to recover financially after injury or death from a drunk driving accident? 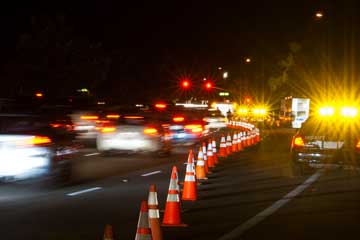 Maybe the hardest thing about practicing as a personal injury attorney is seeing catastrophic injury and death occur that was easily preventable. You do not have to do my job for very long before you start becoming very agitated when you see people swerving as they drive down the highway, texting while driving, or speeding down the highway weaving in and out of traffic like it is some kind of video game.

Daily, people’s lives are shattered forever because of careless and thoughtless acts of others. For instance, I just recently woke up to read about a tow truck driver that was killed while just doing his job. The tow truck driver was apparently struck by another driver, Denise Chantel Alford,  who was allegedly driving while intoxicated and arrested for intoxication manslaughter. The reporting can be found on DallasNews.com.

According to reporting, Denise Chantel Alford was allegedly driving intoxicated when she struck a tow truck driver on the Dallas high five interchange, on the LBJ Freeway near US Highway 75, knocking the tow truck driver off of the overpass and sending him falling to the highway below. The tow truck driver, who had been hooking up a vehicle on the side of the highway, was pronounced dead at the scene.

While Ms. Alford may face justice in the criminal courts if found guilty, the family of this truck driver, like so many others, is left with a shattered family and the absence of a loved one that was also a provider. That is where the good part of my job comes in though—being able to guide families through times like this and help them recover as much as possible so that they can survive. Nothing will ever replace a family member but holding those responsible accountable deters other bad actors and can ease the financial pressures and strain when facing such devastation.

The question in these cases often is can any money be recovered, and from whom? Unfortunately, many times, those injured or the families of those killed never recover what they could because they or the attorneys they consult do not have the resources or knowledge to locate all sources for recovery. Many times, drunk drivers might not have any insurance or have very little. The minimum required liability insurance in Texas for drivers is only $30,000 and that is often all many drivers have. $30,000 obviously does not go very far when you are catastrophically injured or have lost a loved one.

But there are often other sources of recovery, especially if you act quickly to preserve evidence and find out information. For example, in Texas, as in other states, there are what are called dram shop laws which enable those injured or the families of loved ones killed to recover from bars, restaurants, or other establishments if they serve someone alcohol when they are obviously intoxicated.

So, one of the first things we will do in a drunk driving case is investigate where the drunk person had been drinking. Almost inevitably in these types of cases, it turns out they were drinking at a bar or restaurant and were falling-down drunk, yet they were allowed to continue drinking and then allowed to leave to drive home. If this is the case, it can significantly aid in any recover by those injured or their families as these commercial establishments often have considerably more insurance coverage than the drunk driver.

Additionally, in Texas and other states, many times those injured or killed might have had underinsured/uninsured motorist coverage. This is excellent coverage to have and will cover you if you are hit and injured by someone that has no insurance or does not have enough insurance to cover the full extent of your damages.

If you or someone you know has been impacted by a drunk driver, make sure that you reach out to a qualified attorney to discuss what can be done to at least ease the financial woes that come with such a devastating loss. More importantly, holding those responsible accountable for such an easily preventable tragedy could prevent the same kind of devastation from happening to another family in the future. We are always happy to discuss any case free of charge with you to let you know what your options are and to develop a strategy for how to move forward. We will never pressure you to hire us or push you to move forward. We are thinking of the family of this tow truck driver that was needlessly killed and wishing them all the best.