The Rise of Shared Scooters and the Resulting Brain Injuries, Tragedy, and Death

We have all seen them darting through the streets of Dallas, not quite road vehicle and not quite pedestrian in how they operate. They are the numerous shared electric scooters, also called e-scooters or dockless scooters, that have flooded the streets of Dallas, quickly replacing the rental bicycles that were a controversial eyesore last year. These scooters are provided in Dallas by companies such as “Bird” and “Lime” and can travel at speeds of up to 15 mph. While they may provide a useful mode of transportation, it is important to know the severe risks that these scooters entail. 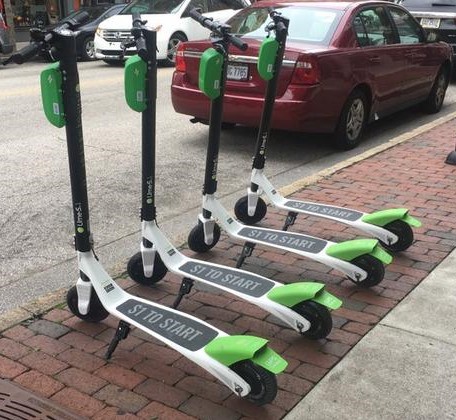 Dockless Scooters May Look Fun, But Be Aware of The Danger

Here in Dallas, a person was injured on trolley tracks and had to be transported to the emergency room. Another individual in Austin was hospitalized when a hit-and-run driver left her with multiple injuries including a broken leg, broken wrist, and fractures in her spine and skull. A woman in Austin was also hospitalized recently after a scooter crash. Tragically, Mark Sands was killed in Austin while riding a scooter, marketed by Lime, when he was struck by an Uber vehicle. Another 24-year old-man died in Dallas after falling off a lime scooter in Dallas according to the Washington Post.

Paul Grasso, 50, was another victim of a Lime scooter. Grasso was running errands and decided to use a Lime scooter to speed up the process.  He did not have a helmet with him.  Neither Lime, nor any of the other E-scooter companies thus far, provide helmets to their riders. Grasso turned onto the sidewalk to avoid construction on the street, and that is when his scooter hit a bump. His front-wheel caught and threw him face first into the cement.  He spent 4 days in the hospital recovering from head injuries, and his permanent injuries are not yet determined.

In a new article from the Insurance Journal, the dangers presented by the scooters become apparent. The article cited one of the first studies of scooter injuries. Apparently, the average injured rider was 34 years old and about 40 percent of those reported scooter injuries involved head injuries while almost 32 percent involved broken bones. Unfortunately, a lot of these injuries occurred in riders younger than 18.

Consumer Reports has conducted a limited study of medical facilities in cities with e-scooters and found that an estimated 1500 scooter injuries requiring emergency medical treatment in the approximately year and a half these scooters have been out on our roadways. The emergency chief at Grady Memorial Hospital in Atlanta estimated their emergency department has treated 360 individuals with scooter-related injuries alone. Beth Rupp, medical director at the Indiana University Health Center in Bloomington, Indiana stated, “We’ve had multiple concussions, nasal fractures, bilateral forearm fractures, and some people have required surgery.

The injuries signal the beginning of a new wave of injury and danger on our roads and for our families. These companies, such as Lime and Bird, advise the use of helmets, but as the medical director of Vanderbilt University Medical Center’s trauma ICU, Oscar Guillamondegui, M.D., said, “Who’s carrying a helmet with them?”  And these companies’ actions speak louder than their words. For instance, Bird supported a law that was passed in California recently that eliminated the state’s helmet requirement for e-scooter riders older than 18. And Bird has been aggressive in other ways, suing the Beverly Hills City Council to overturn a temporary e-scooter ban it approved.

Are They Designed With Safety In Mind?

There is also concern about the build quality and safety in design of some of these scooters that we should all be aware of because it can threaten the welfare of you or a family member. Lime has acknowledged safety problems with its scooters before such as parts failing and batteries catching fire.  A potential class action has been proposed by Emily Duker, who was injured after the throttle of a Bird scooter stuck, the brakes failed, and the wheels gave way, causing her extreme injury.  According to the lawsuit, because of the defective scooter she “sustained serious injuries to her head and body and was taken to a hospital and thereafter her teeth were wired and bonded shut forcing her to eat and drink through a straw.

The danger of these new “fun” modes of transportation cannot be overstated. You are taking someone that is typically not familiar with riding such a contraption, allowing them to travel upwards of 20 mph, in high traffic areas, and not providing helmets or making helmet use easy or accessible. Injuries are going to occur, and unfortunately, the way theses scooters are designed, head injuries will be a high possibility. As Dr. Ryan Stanton explained,  “In most cases, the front [wheel] hits something, and you go forward,” Ryan said. “The upper extremities are the main area of impact: wrists, elbows, shoulders, hands. That’s the most common injury other than simple abrasions. But any time you go over frontways, your head is going to be at a high risk. Head injuries are a significant concern.

The Need of Safety Requirements

This all begs the question, why isn’t more being done to make this mode of transportation safe and require helmet use for those, who many times do not understand the risks until it is too late?  William Kairala, for example, is now dealing, for the rest of his life, with a traumatic brain injury due to a split second decision to take a scooter ride home. After seeing many brain injuries here at our firm, it is just not worth the risk—especially without a helmet.

But if you or someone you know has been injured while riding an e-scooter or been hit by someone riding an e-scooter and injured, then contact an experienced personal injury attorney. Give Samples Ames a call and we can explain your options to you at no cost. We will consult with you on who should be responsible, and who can be held responsible. If you need medical care and do not have insurance, we will explain the options that are available. The thing that drives us here is finding creative ways to make reckless companies pay for the havoc, mayhem, and tragedy they cause in our community. Even if you just have questions we are always happy to talk. In the meantime, please be safe and please pass on the message that, while these scooters can be useful, they also present a serious danger—one that can alter lives forever.